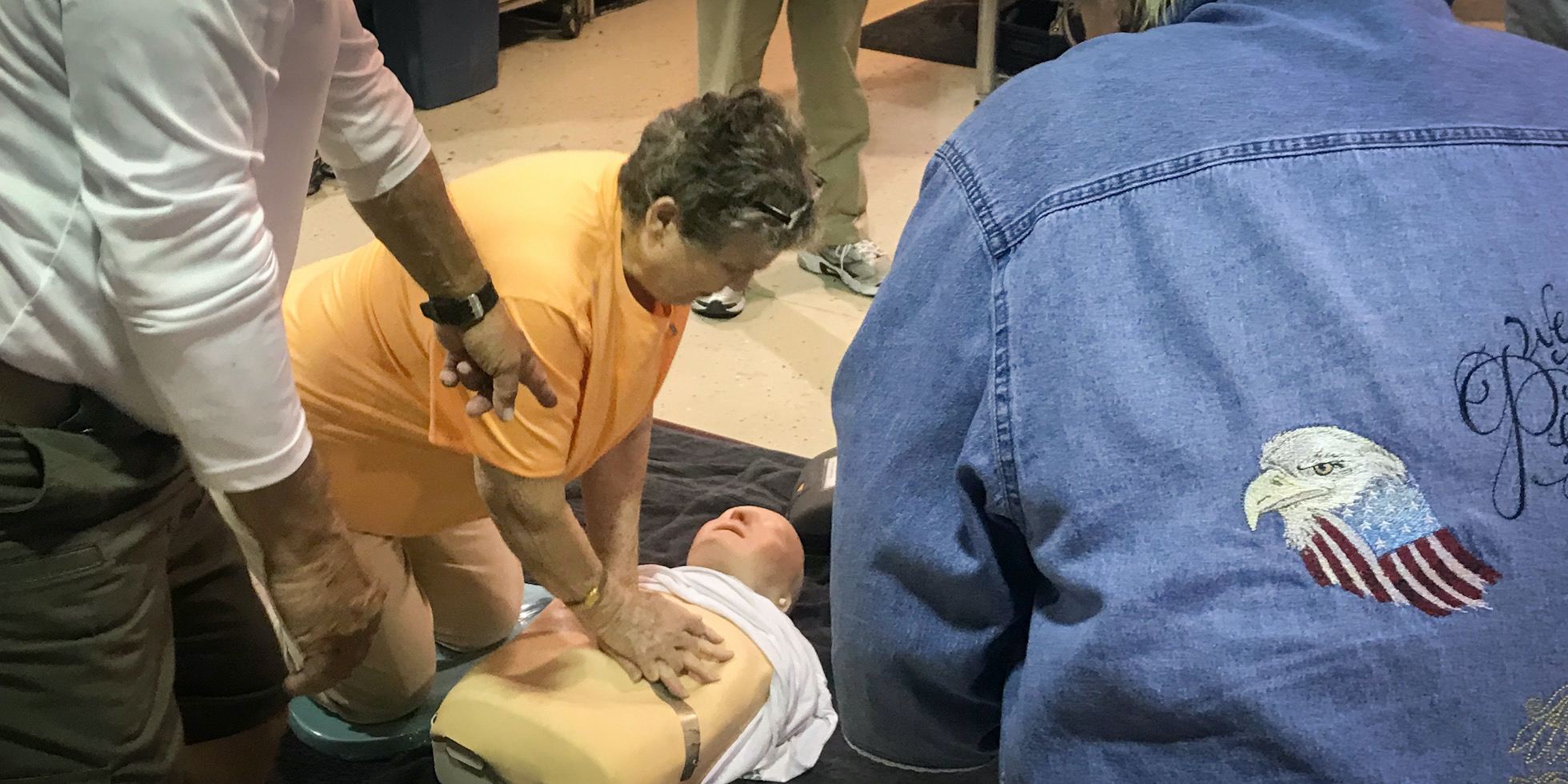 It’s been over two years since I took a CPR class, and that means my certification was technically no longer valid. Not a big issue, but heck, I figure better safe than sorry.

Fortunately for me, Step by Step Gun Training had a “Stop The Bleed” class in January, and I was able to get re-certified in CPR and the use of an AED.

What I also realized is that was time to swap out the contents of my pocket trauma kit for newer items. I’d been carrying the same stuff with me since March of 2018, and there is only so many times you can accidentally send this stuff through the wash before it’s time to start anew. 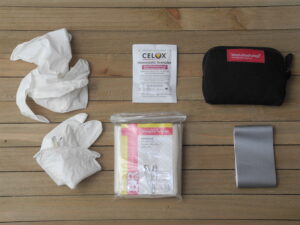 The kit is simplicity itself. There’s a cravat bandage which can be used as a dressing or a wrap or even a tourniquet. There’s a small packet of Celox to help stop serious bleeding and a pair of nitrile gloves. The duct tape is there because a) it’s duct tape and b) when split lengthwise and used with the plastic bag that the bandage is in, it becomes a decent improvised chest seal. Lastly everything is packaged up in a nice little coin purse.

This gear, along with a bandana for extra compression/dressing, goes with me literally everywhere. I’ve carried it past security in airports, theme park metal detectors, you name it. No one gives it a second look because it looks like a coin purse. 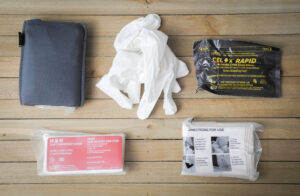 In addition to this, in both my small everyday carry bag and my “bug-in bag when I’m not at home” bag, I have a Pocket Emergency Wallet from PHLSter, along with at least a couple of tourniquets and a proper chest seal.

In theory, I should have a full-on IFAK with me, especially in the bug-in bag, but the fact is, I don’t know how to use half the stuff that’s in an IFAK, and I figure I won’t have time to learn on the job if I need to. Better to have stuff that I can use quickly than to spend time reading an instructional manual while there’s arterial spurting going on in front of me.

The best part of these solutions is how cheap they are. Each of them cost under $60, yet allow you to react to a traumatic injury right as it happens, rather than wait for the second responders to arrive.