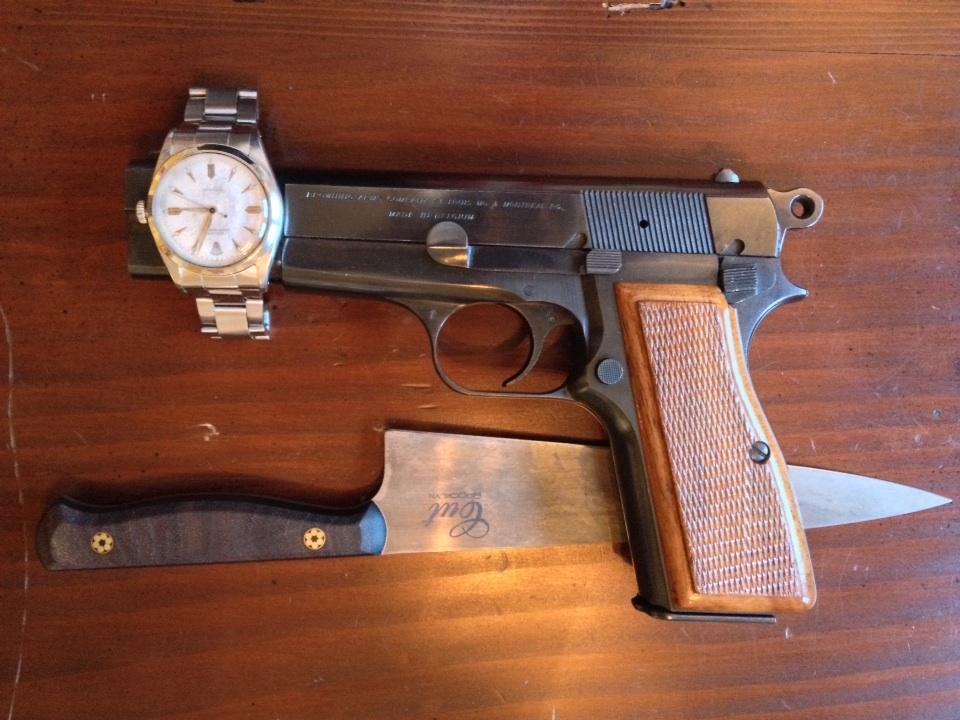 There are two kinds of cooking shows: Those that show off the skill of the chef, and those that make you a better cook. The difference between the two is easy to spot: It’s the why.

For instance, if you asked me to choose a celebrity chef whose recipes I admire the most, I’d choose Bobby Flay. I think he’s an amazing chef who understands the American palette like no other cook. However, if you asked which chef has been the biggest influence on my cooking, it’s Alton Brown, period full stop. Bobby Flay (and practically every other chef out there) can teach you what to cook and how to cook it. Alton Brown is unique in that he can teach you WHY you want to cook things that way. He shows you not only how to cook simple foods so they taste great, but he also explains the science behind why they taste great.

He gives us the why. Oh, and he has decent taste in guns, too, as evidenced by the cover photo.

Quite honestly, the why is something that’s lacking in the firearms training world when it comes to technique. Scott Jedlinski teaches it, so does Craig Douglas and Karl Rehn and a bunch of other top-tier trainers. However, your average NRA-qual’d CCW instructor hasn’t even BEGUN to think about the why, he’s just repeating what he was taught by his (or her) instructor lo these many years ago. Worse still, if he/she thinks about the why, it may be based on outdated information or information that’s not relevant to the concealed carry lifestyle.

They trainers are, in a sense, teaching kata. They’re teaching the basic forms of the American martial art of concealed carry, in much the same way that a karate sensei will teach you the kata of their martial art. Kata is not meant to be a fight. Rather, it is meant to teach specific movements so they become automatic when they are needed.

Teaching kata means mastering a skill. Mastery, however, means going beyond that skill and learning something even more important. It means understanding the why.