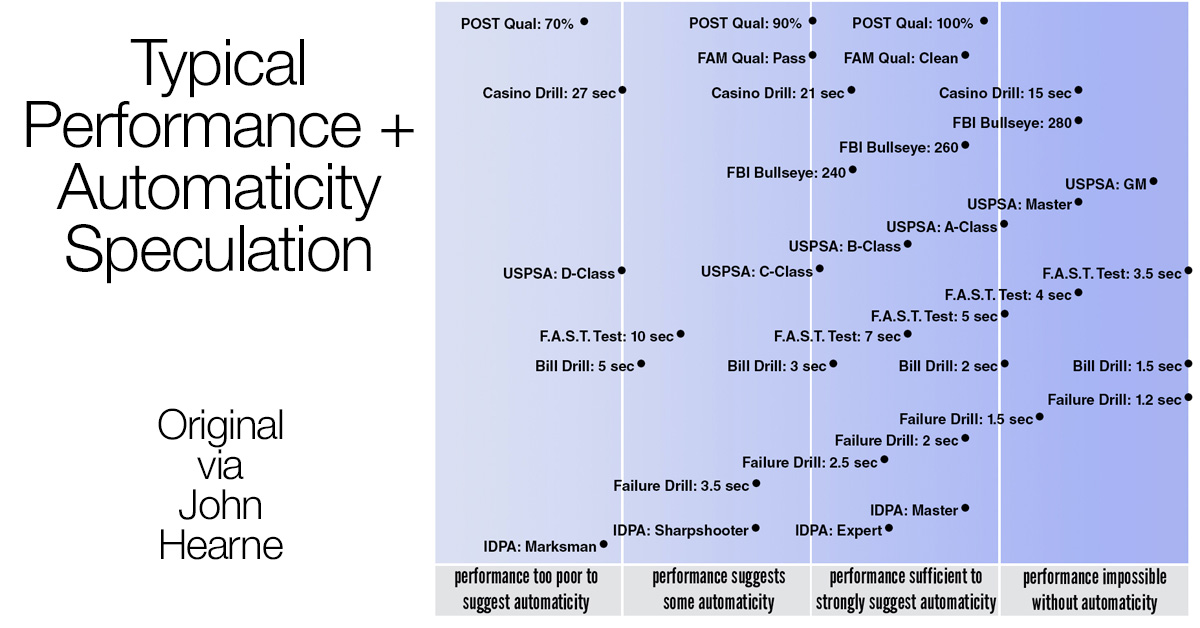 I started to work on a “Here’s how you can maintain your skills when you can’t afford to buy ammo” post, but I realized that would mean that the reader would have to know that their skill level actually is.

And that presents a problem. Most people don’t have an understanding of what they can and can’t don’t do with their defensive firearm of choice. They say “I know how to shoot,” but then they don’t define what being able to shoot really is.

I mean, I “know how to play golf,” in the sense that I have a basic understanding of the rules, can swing a club and have gone to the range a few times. But do I know enough about my golf game to self-diagnose any issues I might have on the range?

Being able to establish a baseline of some kind becomes important when you decide you want to get better at a skill. Golf has that in spades (yards per drive, putts per hole, score, etc.). Practical pistol matches have scoring, but few people shoot them compared to the vast millions of American gun owners, and besides, a match requires an outdoor range, and those just aren’t as popular as they used to be.

So what can you do? Well, there’s more than one scored drill out there. The image that accompanies this post has a whole bunch of them. Use those as a guidepost, and you’ll have a roadmap to show you where you are, and where you need to be.