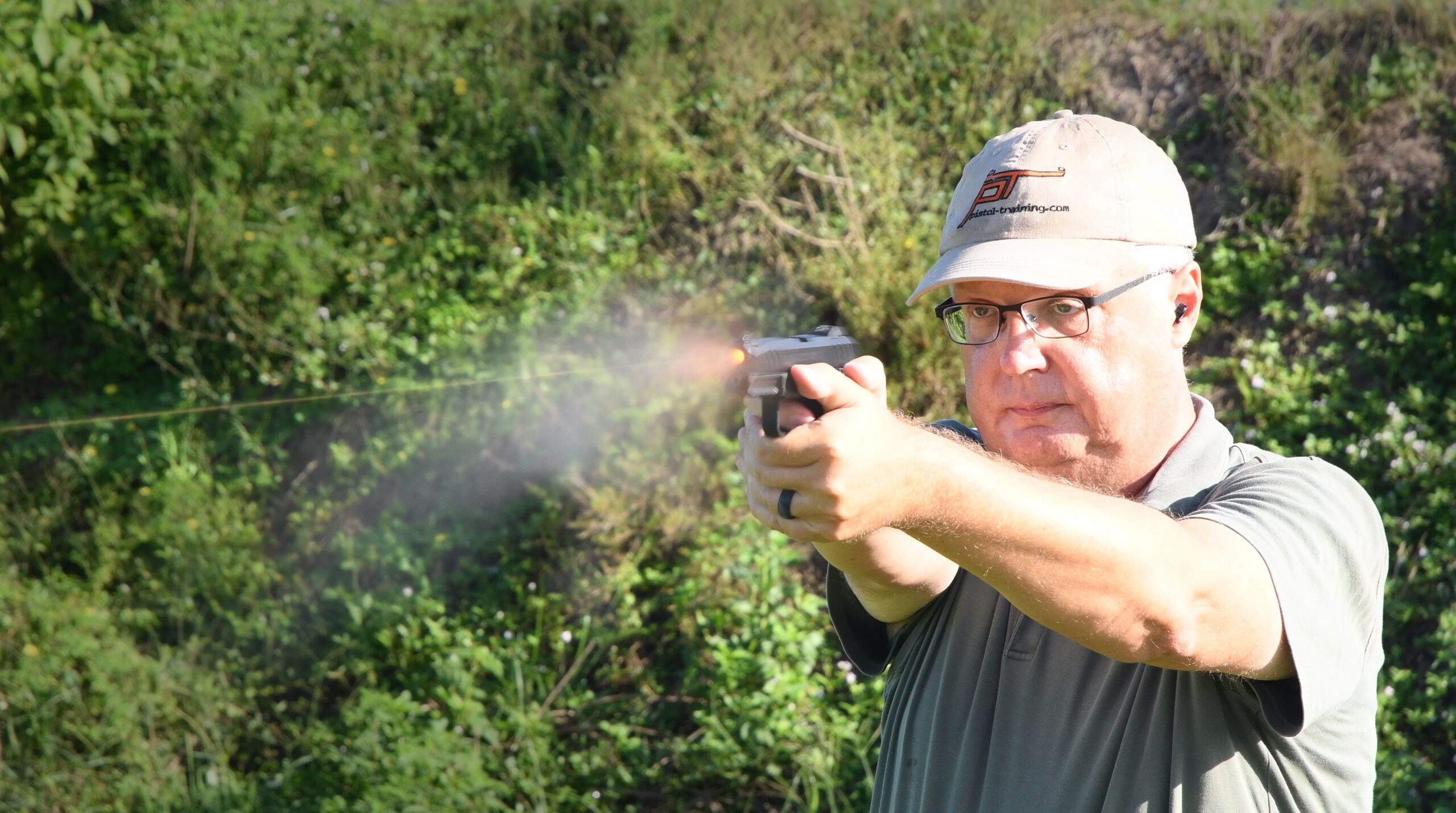 I went to the range today to do something I haven’t done for quite awhile: Shoot for the sake of shooting. Ammo is tight, so I didn’t just plink away. I’ve gotten back into the habit of dry-fire practice again, and boy, is it helping. My skills have really gotten rusty over the last few months. I haven’t shot a match in over two years, and while I shoot quite often, it’s usually for work. Getting better isn’t my priority when I shoot for work, getting good images for the website is my priority (I mean, that’s what they pay me for). As a result, any improvement in my skills that happens is just a byproduct of doing my job.

Years ago, my pistol practice routine was pretty simple. I’d shoot a Dot Torture, and then shoot four El Presidente drills while working on speed vs. accuracy. This required just under 100 rounds per outing, and it got me from being a rank loser to a pretty decent competitive shooter.

But it also meant I was shooting around 100 rounds each practice session, and these days, that’s quite a lot. I do dry fire almost every night, but dry fire can’t help with things like managing recoil during a Bill Drill. But shooting 100 rounds these days means sending at least $50 (or more) downrange, and I just can’t justify that kind of expense right now.

So it’s nice to find this 25 shot alternative to the standard 50 shot Dot Torture from Tim Reedy of TDR Training. It may not be as rigorous as the original Dot Torture, but it practices all the same skills and uses half the ammo. I’m also a big fan of the original Federal Air Marshall Pistol Qualification. It’s one of the toughest drills out there, and if you can pass it, you can say you know how to shoot. However, it’s a 30 round drill, so we’re running into a cost/benefit thing again. Is shooting this drill worth using almost a full box of ammo?

Which is why I’ve pared down the Air Marshall test to just 16 rounds, with the following course of fire.

All stages must be completed in the allotted time in order to pass.
Maximum score on this shorter qualifier is 80 points, with a minimum passing score of 72.

This shorter qualifier covers pretty much all of the skills needed to pass the full 30 round drill, but it takes just 16 rounds. This means you can shoot it and the shorter Dot Torture drill with one box of ammo and still have 9 rounds left to work on any issues that might have shown up in your practice. Quite handy in these trying times.