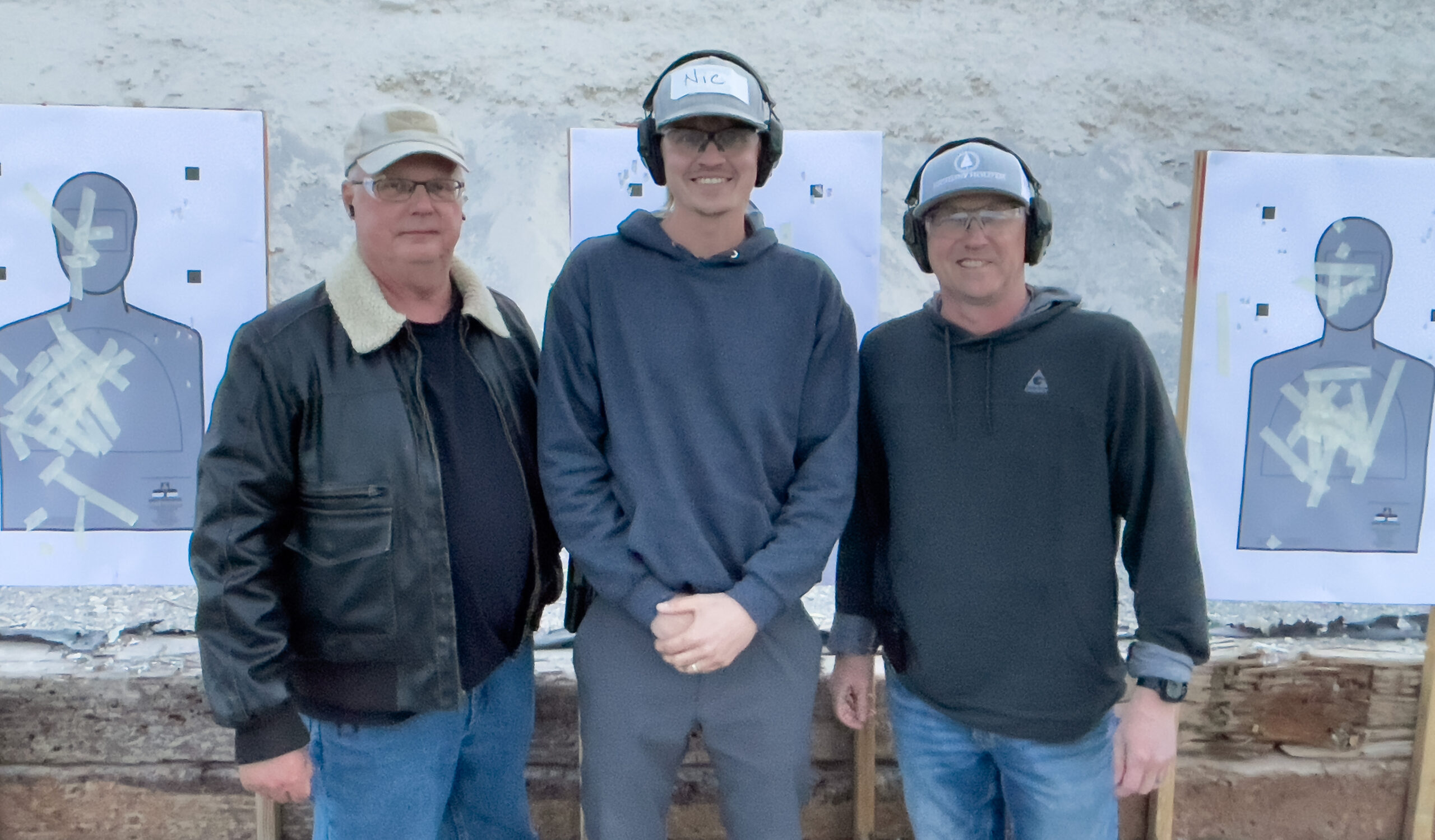 Let’s begin this story ten years ago, when I first went to Front Sight. I was fairly new to the defensive gun world, and I had about 100 hours of firearms training under my belt, mainly NRA-centric classes and some private training. Heck, I was even an NRA Instructor! I had seen ads and mentions for Front Sight Institute, so I bought a cheap training certificate on eBay and went to a four day defensive handgun class.

I’d been shooting USPSA for a couple of years, so I wound up being one of the better shots in the class. At the time, I thought the training was decent, but even then I realized that some of the things they were teaching (isometric Weaver, pinning the trigger) were out of date.

Flash forward ten years. It’s the last day of SHOT Show as a I write this, and last week, I wrapped up a two day defensive handgun class at Front Sight. I have a LOT more training now than I did ten years ago, from people such as Rob Leatham, Massad Ayoob and Tom Givens. I’m still an NRA Instructor, and hope to be a Rangemaster Instructor soon as well. More importantly, I’ve studied the firearms training industry for those intervening ten years, especially how firearms training is marketed, which is why I find Front Sight so interesting.

I went to Front Sight because my brother and nephew both purchased defensive pistols, but neither has had any sort of formal firearms training. I was going to be in Vegas anyways for SHOT, so I suggested they come out a few days early and the three of us would do a class at Front Sight.

I was particularly interested in their response to this class. They are both “blank slates,” having never received any training at all. In addition to this, there attitudes towards guns differ slightly. My nephew is definitely a “gun nut” and talks about guns all the times. My brother enjoys shooting, but it’s not his main focus. What would their response to Front Sight be? How would they feel about their first class? Would they want to do more training after it was over?

Let’s start with the obvious: Front Sight is the largest firearms center in the U.S. According to there literature and instructors, they teach 50,000 people a year at their facility in Pahrump, and I have no reason to doubt their numbers. My two-day class started on a Thursday, and I estimated there were about 250 students starting their training that day, which is right in-line with what I saw when my four day class that started on a Monday, ten years ago. They teach a LOT of people out at Front Sight. So what do they do different from everybody else to achieve these sorts of numbers?

The place is HUGE, with really good infrastructure. Our class was held in the “Phase Three” bays, with 26 (!) 25 yard pistol bays, each with it’s own porta-pottie and shade structure. That has to impress people and make them think that Front Sight knows what they’re doing, even if the pistol techniques they teach there are awful. Hard Weaver, isometric tension, pinning the trigger, etc. might have been okay in 1998, but we’ve moved on since then. They could teach better stuff now, but they refuse to do it. I find that interesting.

The most interesting thing for me, though, was watching how my brother and nephew reacted to the training. They loved the class, and want to come back with other family members. I found this absolutely fascinating, as the instruction was sub-par and the training was pretty bad.

However, I realized that what Front Sight is selling isn’t training, it’s confidence. Both my brother and nephew felt MUCH more confident in their ability to deploy a handgun. They had a blast at the class and talked with me about carry positions, holsters and the like on the way home, as well as how much they wanted to bring other family members to a class in the near future. I found this fascinating, until I realized that the key to Front Sight’s success isn’t how they train people, it’s how they make them feel about training. They instill confidence in their students. Might be false confidence (okay, probably is) but their endgame is a confident, happy customer. They want to instill a feeling, rather than impart knowledge. 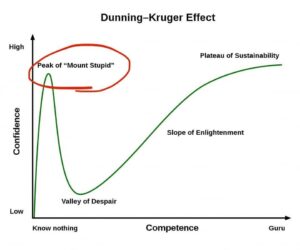 Is that good? Probably not, especially with their sub-par training. The training is designed to work in the context of Front Sight and only Front Sight. Taking any other class from any other good instructor reveals this, and reveals that Front Sight students are, for the part, stranded on the slopes of Mt. Stupid on the Dunning-Kruger curve.

But until those students crest the mountain and find out how much they don’t know, it’s an very attractive proposition. Of the 250 people that started out the training day on Thursday, 60% were returning students, while around 40% had never been to Front Sight before. That means something.

And before you ask, there was no hard sell for memeberships or time shares. In fact, there wasn’t any membership pitch at all, but there was a pitch for a book written by the head instructor as well as for Legal Shield and Sport Ears. And no, no Scientology either. I left with my body thetans intact.

But I also left with a brother and a nephew who were eager to go back, and as I said before, that means something.