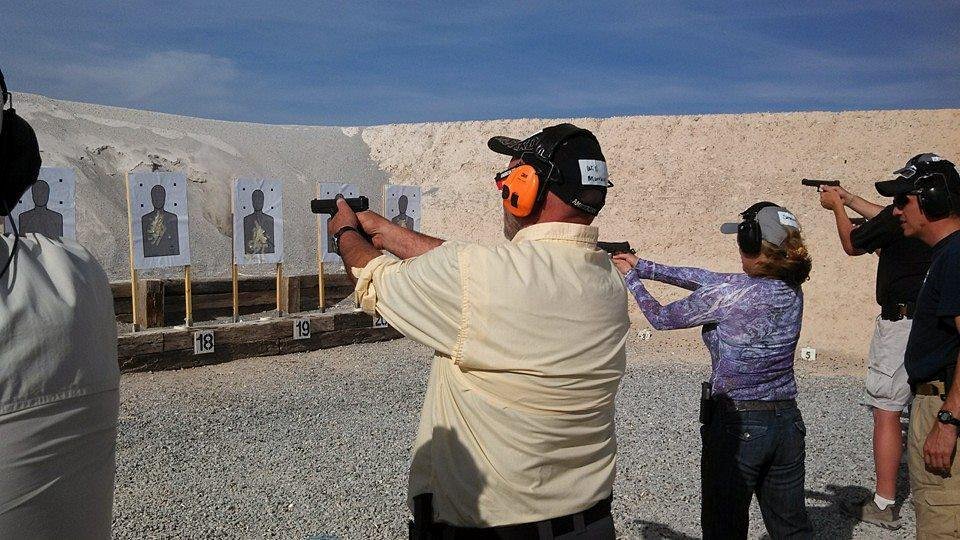 Three things happened ten years ago that have a profound impact on my life.

SHOT Show has become a regular thing for me, and Michael and I are still good friends, but the Front Sight class was the first time I had travelled to take a class. It wasn’t my first class: I had about 24 hours worth of NRA classes under my belt from a decent instructor, so I had an inkling of a clue what do on the range. On top of that, I was a regular shooter of USPSA at the time, so I was/am pretty decent at solving situations with a gun in my hand under time pressure.

The problem is, I was about halfway up Mt. Stupid on the Dunning-Krueger curve when I went, and as is usually the case with that concept, I didn’t know I was on it at the time. My review of that class disappeared when I sold my old blog, but I remember saying that taking an NRA Basic Pistol, Personal Protection Inside The Home and Personal Protection Inside the home class would be a better way to spend your money rather than paying the full price for a four day class at Front Sight.

Talk about damning with faint praise…

“Ah-HA!,” I can hear you say, “That’s because you’re going to get sales pitches shoved down your throat all day long!”

Well, no. In my 2011 class, the pitch for membership was a 20 minute video and a quick speech during lunch, plus a pitch at the end of class to take the next class in their series, the soooper-advanced Defensive Pistol and then Four Gun Combat Master patch, or whatever. They dangle a lure in front of their good students, and sonuvagun if enough of them don’t bite down hard enough on it to get hooked on what Front Sight has to offer. I want to take a good, hard look at how they market themselves to their customers while I’m there, as they’re succeeding in a way that few other training schools are succeeding, and I want to know why.

The real reason why I’m going, however, is because two close relatives are going with me. Both of them have owned a firearm suitable for concealed carry for quite some time, but neither carry on a regular basis nor have taken any training whatsoever. I figure if they start to carry and get a good grip on the safety-based mindset, it’s worth two days of my time and 200 or so rounds of ammo.