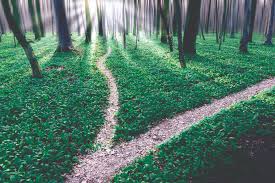 I did an article and video for work on why car holsters are a bad idea. They give you zero advantages over carrying on your person, yet have a greater chance of getting your gun stolen and a greater chance of causing a negligent discharge due to excessive gun handling. They are obviously a lose-lose proposition, but yet somehow, for some reason, people insist on using them.

There are no rational reasons for carrying a gun in a car holster. None. Zero. Every scenario you can think of can be dealt with just as easily by carrying in a holster on your person, and carrying in that manner also gives you the advantage of having a gun at the ready when you’re NOT in your car.

This also applies to storing guns around your home like you’re a squirrel putting away nuts for the winter. There are all manner of picture frames, bookshelves and whatnot that have built-in “secret” compartments* where you can store a gun inside. However, for me, the best place to store your gun in your home is the same as the when you are outside your home: On your person, in a holster.

This aversion to being armed all the time fascinates me. It’s clearly not a rational fear, as the logical reasons to carry far outweigh the reasons not to carry, but yet it exists. What could cause such a disconnect between the intellect? We know we have the right to keep and bear arms, yet for most of us, that “bear” part means storing a gun behind a fake art piece hanging on our living room wall or hanging our pistol off a magnet in our truck. If that’s “bearing,” then me carrying a 90 pound rucksack in the trunk of my car is the same as me carrying it on my back.

I think it’s that burden of carrying a gun every day that makes people resist carrying a gun on their person. And by “burden,” I mean being knowing that you are responsible for how that gun is used. If the gun is in your car or “hidden” behind a painting, it’s not your responsibility. It sits there, separate from your reality, existing in its own little bubble. It makes you feel like you’ve done something, that you’ve checked the self-protection box just like “being a good person” checks the “what will happen to me when I die?” checkbox when it comes to theology.

However, to quote Jules Winfield, that $#^% ain’t the truth. The truth is, those are things you do to FEEL safe. To BE safe means taking that next step, and owning the fact that you yourself are responsible for your safety, no matter if you’ve in your car, at home or at the grocery store. Responsibility is scary, though, and most people tend to avoid it. It’s that aversion to accepting the responsibility of being armed is what drives people to half measures like car guns and coffee tables that hold a rifle. An irrational fear of accepting responsibility means people will go to irrational things. The only way to get out of this vicious circle of irrational fear leading to irrational actions is to wake up, realize how silly you’ve been and then act accordingly. Can people do that? Of course. Is it common? Unfortunately not.

Despite the best efforts of some of those around us, we have the right to keep and bear arms. The question now is, do you accept the responsibilities that go along with that right?

ALL of the responsibilities. Anything less is just playing around.

* You’re fooling yourself if you think that something like this is actually a secret storage location. The crooks shop on Amazon just like you do, and they know what to look for.