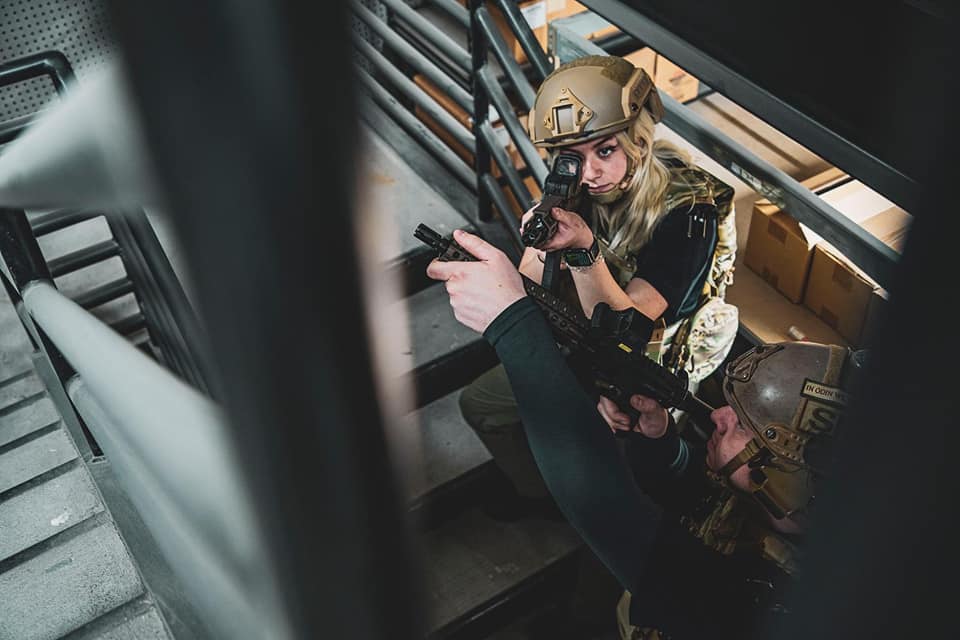 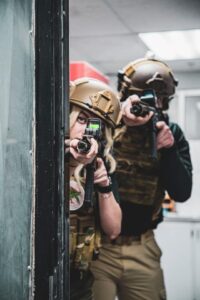 The gunternet is all a-twitter over these pictures posted by Scottsdale Gun Club. Okay, the technique they show here is atrocious and probably lethal to the poor unfortunate models in the shot. The unwashed masses on Instagram are blaming the model, who is apparently famous on that platform for posing with guns, or something.

The thing is, it’s not the model’s fault. Okay, it’s not completely the model’s fault. If she’s making her name by posing with guns, it’s her responsibility to learn how to do it safely. This wasn’t just one gal posing in front of a mirror with an AR in her hands. This was a photo shoot done at one of the most-famous indoor ranges in the country. There is a lot of blame to go around here.

First and foremost, there is the photographer. Unless the shoot involves a supermodel who can order the shooter (clickclick) around, it’s the photographer who is responsible for everything that happens on the set, including how the photo is blocked out and shot on-set. If he didn’t take the time to research basic gun safety (Rule Two, people, Rule Two), that’s on him. Secondly, it would stand to reason that if you’re taking photos of something that requires some level of expert knowledge, it’d be best to consult with an expert during the shoot, lest you wind up with your models during their hands on a soldering iron, or something.

Secondly, there’s the client. Somewhere along the line, there needed to be a fact-checker to ask about the details of CQB inside a structure. This is important because the last thing you want is yet another H&K situation. Honestly, though, I expect to see more of this in the future. Video game culture is seeping into every corner of American society. The rules of gun safety that work in Call of Duty just do not work in the real world, and someone is going to get hurt as a result of their inability to distinguish between fantasy and reality.