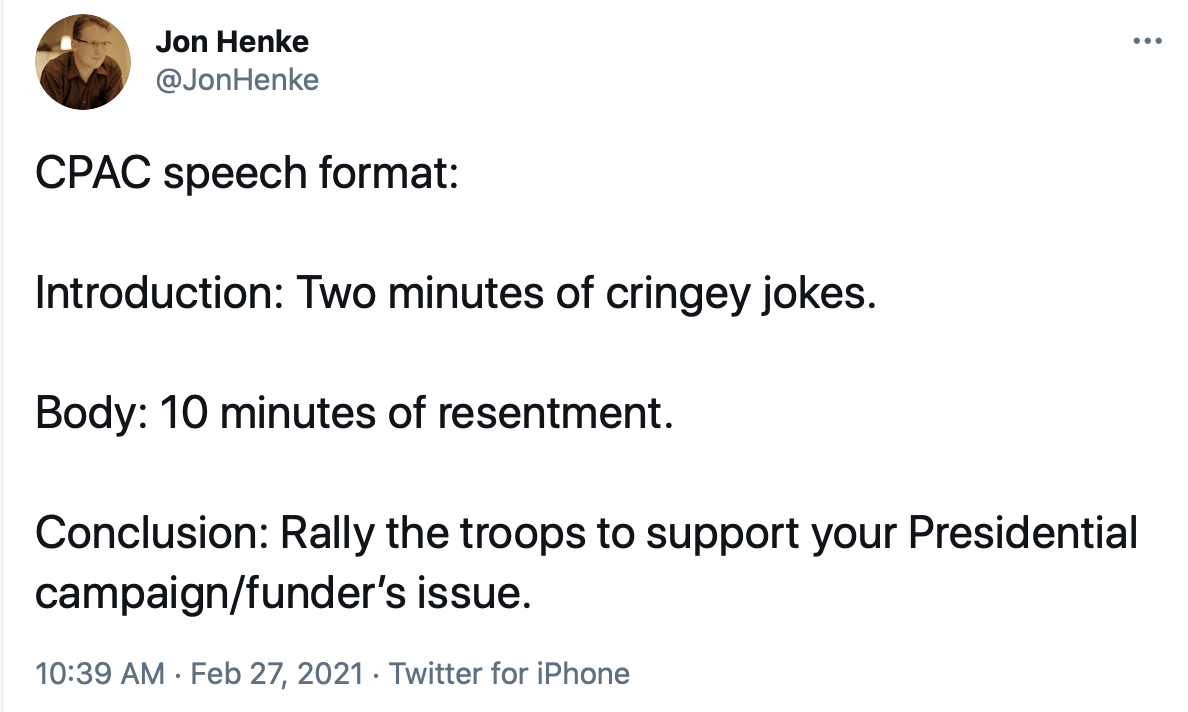 Oh look. Wayne LaPierre spoke at CPAC this week. He talked about how the Democrats and the gun control crowd want to take away our guns. He talked about how our God-given Second Amendment rights are being eroded. In short, he gave the same speech he’s given at CPAC since about 2011 or so.

Now that’s not to say there isn’t a concentrated push going on right now to punish law-abiding gun owners by taking away assault rifles and semiautomatic guns and pistol braces and all manner of guns from law-abiding citizens.

But what was fascinating to me what gun control measures are being discussed right now. All of them could have been written in 1993. This most recently (and probably doomed) effort is full of the same talking points disguised as legislation that we’ve been hearing for twenty five years now. Aside from an attempt to weaken the PLCAA and some language about suicides using guns, the current talking points could have been written by Sarah Brady instead of Shannon Watts.

Which is a shame, because it’s a missed opportunity. Someone is going to break the rhetorical statement on the right of self defense, and whichever side does that first is going to be be able to set the narrative for the next 20-50 years. I really hope it’ll be the pro-freedom crowd that does so, but if it happens, it will come despite what the NRA is currently saying, and not because of it.

Freedom will win. I would just like to see it win in my lifetime. That’s not too much to ask for, right?