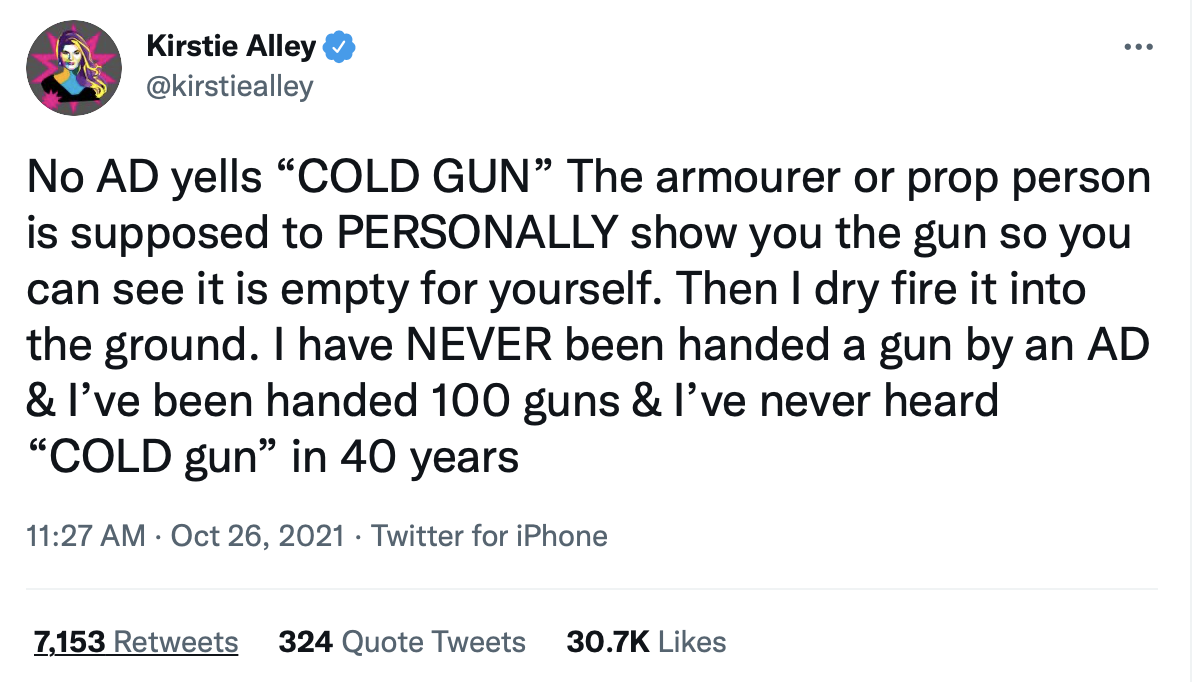 There are thousands of words already written which cover the tragic death on the set of the Alec Baldwin movie “Rust.” The whole story has yet to be told, but signs are pointing towards improper and unsafe weapons handling on the set of the film. The rules covering the handling the prop guns were lax (or non-existent), and as a result, a gun discharged when it shouldn’t have, and an innocent life was ended prematurely. The sad thing is, this death was 100 percent preventable. The instant the story broke last week, there were reports of casual violations of gun safety rules and the use of prop guns for informal plinking sessions in-between takes on the set. This is really, really bad.

Anyone who does dry fire at home knows to move all the live ammo out of the room before they start, and all the force on  force classes I’ve taken are preceded by a pat down to make sure there are no live weapons present. Yet there are reports that live ammo and blank ammo were stored together on the set of this movie, a blatant violation of gun safety protocols.

Firearms safety isn’t a once a day thing, it’s an all day, everyday sort of thing. It has to become as much as a part of your lifestyle as brushing your teeth or combing your hair. A lack of discipline caused this tragedy. They knew what the rules were, and they chose to believe they didn’t apply to them, with horrific results. The only difference between what happened on that movie set in New Mexico and what happens all too often inside homes all across this country is that it happened to a movie star this time.

Learn the rules of gun safety, and treat them like your life depends on them.

Update: Claude Werner, The Tactical Professor, has more to say on this.