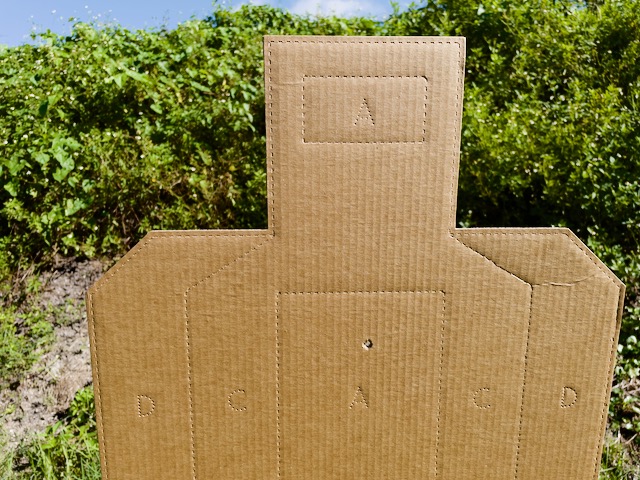 One of the hazards of working in the gun industry is forgetting to practice. When I worked at the range, I rarely, if ever, actually used the ranges for my own practice. This changed when I worked at Ammoman, as I was usually heading to the range each week for testing or photos, so I got in a little practice while I was there.

However, I’m not writing as much these days, so I took advantage of the need to do some ammo testing for some upcoming articles to work on my 50 Round Workout, and the results were… mixed. 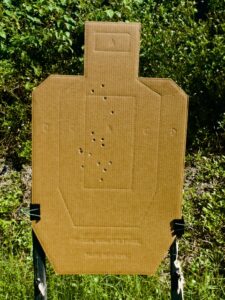 This drill has to be shot cold, and even though it’s just 16 rounds, it’s spicy enough that if I’m not on my game, I’m not going to pass. And I wasn’t on my game. The good news is, I was WAY under the time limits on all the stages, which means that I can dial back the speed slightly and get my hits. The bad news is, I didn’t get my hits, and failed. I had only three shots outside the A Zone to pass, but I blew on the reload stage, dropping 3 out of four in the C Zone. However, I did my reloads in under 3 seconds each, and considering that’s the part of the test where I fail on time (I have 3.25 seconds for each reload), I will take this.

The other nice thing about this test is that my first shot, cold barrel, was a 1.3 second A Zone hit from concealment at 7 parts, and I followed that up with a 1.4 second shot. That’s a good 0.2-0.3 second off my normal pace, and I’m rather happy about that performance. 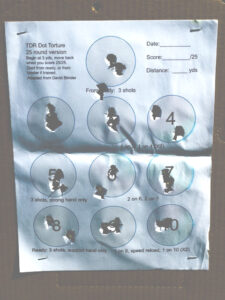 Can you tell on that target when I decided to hit the gas pedal?

Yeah, no excuse on that one. That’s just pathetic. Fortunately, once I settled down, thing got better. I do not have full automaticity on my pistol shooting yet, but if I can spot what I’m doing wrong, I can usually correct my mistakes and move on. Did okay on the rest, especially the one-handed stuff, which has always been my weakness.

And to make matters worse, I followed this up with a F.A.S.T. drill, and while I shot it in 7.7 seconds, I missed a head shot and two body shots because I hit the gas pedal and didn’t get a good sight picture with each shot. You’d think I’d learn from my mistakes, but noooooo. 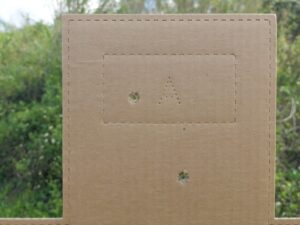 AKA the Ed Head (RIP) Drill. One headshot from concealment at 25 yards Did okay on this, with two head shots out of three, each in under three seconds. While I did that third one in just 1.99 seconds, I missed, so count that as a fail.

Even though I didn’t pass all the drills this time, I learned a LOT about how fast I can shoot and still make my hits. The fact of the matter is, I may have not passed the drills, but the only way I could have failed is if I didn’t learn something while I was doing it. As that didn’t happen, I consider this practice session a success.