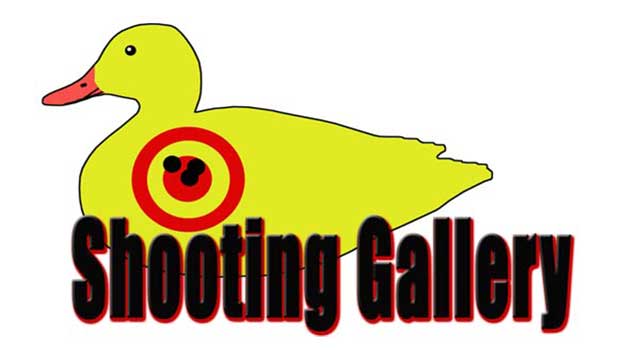 Michael Bane is wrapping up production on Shooting Gallery, his award-winning TV show on Outdoor Channel that ran for 21 seasons. I was fortunate enough to appear on one episode as a “zero” that was trained by Gabe Saurez to be a “hero” with a red dot on a pistol, and I consider Michael to be a good friend and mentor. I really enjoyed Shooting Gallery, because other gun-oriented TV shows tended to be nothing but “Hey look, it’s a new gun! A new gun from one of our show sponsors! It’s cool! Go buy it!” and that got… repetitive after a while.

With Shooting Gallery, though, Michael tried to show guns in context. Not just “Hey, here’s a gun,” but “Hey, here’s a gun, and here’s how it’s used.” This is a harder path to follow because it means understanding the role that guns play in American society. This is a complicated and ever-changing thing,just ask David Yamane about that. In short, what Michael tried to do with Shooting Gallery is create a “Top Gear for guns”, and I think he succeeded.

This is sad, because I liked the old Top Gear formula. It made cars seem fun, and that’s because cars are fun. They are more than just a transportation conveyance, they allow us to experience speed at unprecedented levels, something that Aldous Huxley once said was the only modern sensation. In that same vein, guns allow us to enjoy power beyond the wildest dreams of our rock-throwing ancestors. Guns, just like cars, open us up to new possibilities beyond what our frail flesh and bones can do. And that is more than fun, that is exhilarating. I can’t run at 70 miles and hour and I can’t throw a spear 400 yards. Thanks to cars and guns, though, I can easily do both of those.